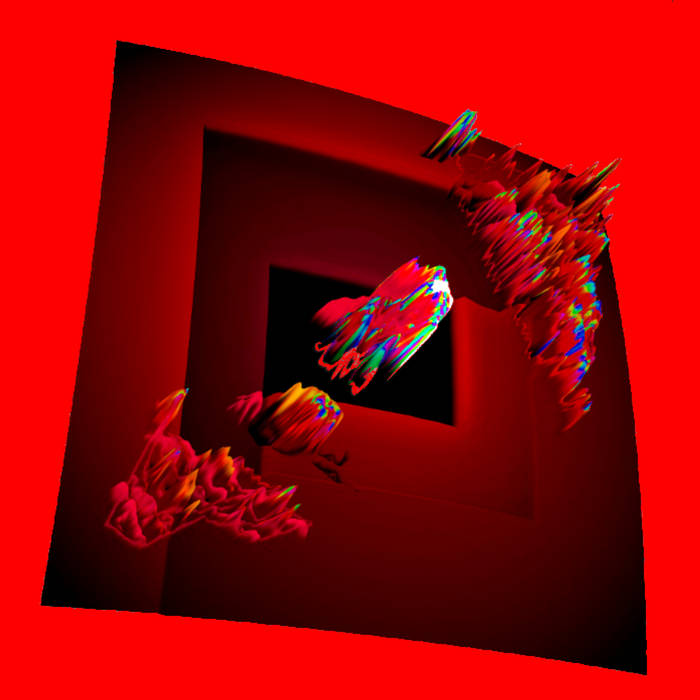 In this moment of uncertainty and environmental trauma, as we recoil in the face of an emotional overload that
demands retreat or even flight, a certain use of solitude in confinement has generated the possibility of taking it all on, of being with others again while still listening in solitude.

Music From A Private Hell describes an understanding of sound as a habitable substance from this degree-zero of
isolation. A handful of songs written in iron and dust, that allow just enough fiction or myth as to turn technology into a weapon. As Deleuze and Guattari tell us in On The Line: “run away, but when you run, bring a weapon.”

A remedy for mass fatalism, Hell begins with the first song, in which a tambourine of some sort plays an ostinato
rhythm, punctuating each phrase with a long note that communes with the shadows. Of interest here are not the
rhythms that recur throughout the record but their relationship to colors and timbres. The different harmonic
openings and resonances evoke the different kinds of tension that occur when skin touches flame. “We’ll burn it
down before you land here,” says a disembodied voice, and various noises and sound effects cut through it,
indifferent to the threat, as futuristic today as they were at their inception. Al Karpenter’s voice is a weapon. His inexpressive whisper is a weapon. On this record, the human voice is an excess, a surplus of the body; it is at once outside and inside. It can be listened to peacefully, but it can also generate the anguish of a voice attempting to escape from language, setting the logos free in the wilderness, scavenging in the semiotic debris.

We glimpse the wound, the fall into this private Hades, in the sounds of profane, everyday technologies, the changes
and glissandos of banjos and cellos that tear up the tropes of Heavy Metal and Southern Rock — forgotten welding,
archeologies of industrial symbols beyond our reach. Only towards the end of the album do we experience nausea,
on the final tracks, adjacent to psychedelic states fed by sinister efforts to tear out the internal organs and destroy the calm that came before in an effort to stop time. A record of songs dependent on a million bits of exhausted cultural knowledge, orchestrated in the sounds of a punitive intimacy, always surrounded by the ghostly presences that allow it to escape urban anxiety, sketching, in a warmer light, the Desert Always Yet to Come.

Beyond riot music from the MC5 to Sham 69, in front of Arthur Russell’s Death and after Klein’s Lifetime, Al Karpenter and Mattin come out from behind the mask of Lou Reed’s Lulu.
– Guy Mercier