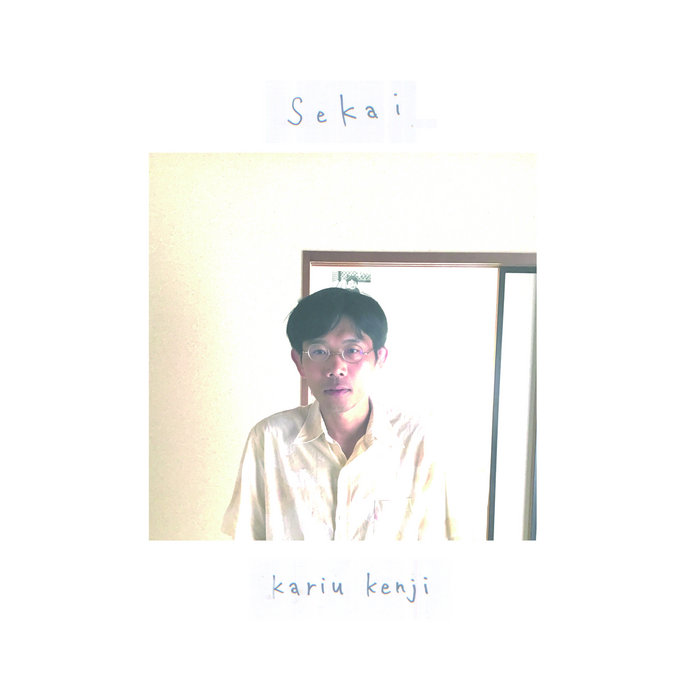 Kariu Kenji, the leader of the Tokyo-based band “OWKMJ”, has released his third solo album in nine years! This is a new release from Bruit Direct Disques, a French label that has also released Tori Kudo and Mamitri Yulith Empress Yonagunisan.
It is a masterpiece/problematic piece of work that took its time and was produced almost entirely by one person in the midst of the corona crisis, and is a significant leap forward in terms of sound design, composition, and vocals.
If “OWKMJ” is a “dynamic” sound that crosses various genres, then this album is a “quiet” , an expression of the various performances/listening experiences internalized in the memory of its creator.
It is not a spontaneous attempt to Integrate any kind of genres, but rather a work in which a variety of genres sprout up intrinsically, and you can feel a sense of awesomeness as if you were catching a glimpse of the songwriter’s own musical history in the group of songs recorded on this album. The album’s sound has a modern sound texture that evokes pop, rock, folk, electro, soul and other genres of recent years’ hip-hop/r’n’b and beyond, but there is a gradual deviation from all of them, and the album is packed full of musical intricacies, gaps and discrepancies.
The “vocals” in this album are just as, if not more, appealing than the sound. According to him, “I took advantage of the fact that it’s not a singer’s voice and recorded it to make the most of the potential of my humble voice”, but when you listen to this singing with its flat, almost calm intonation, and not trying to sound like a pretender, it gives you a strange, foreign feeling, and “What is a song?” You are made to feel compelled to ask, “What is this?”
It’s like a verse reading, a lyrical monologue, but you’ll be reminded time and time again that this is an undeniably solid song.
The lyrics, which expand the song’s imagery in multiple layers, are also wonderful, and I think they have a universal power, as if the song (or words) grow in the listener’s mind as they follow the words.(An English translation of the lyrics is included with the LP.)
The introspective moods of the covid-19 ravages and the quiet landscape of the city under the declaration of the state of emergency overlap, and at the same time, the towering figure of a musician who never stops creating/imagining his own music comes to the fore in this raw, contemporaneous music.
Please come and listen to these songs and sounds that are the ultimate in originality backed by a keen critical eye.
Hisayasu Shimizu（Record Shop “Reconquista”）